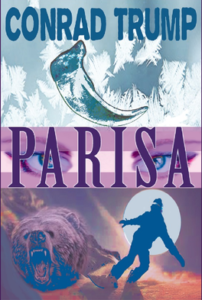 If you love to get lost in a book, you need to read Parisa by Conrad Trump!  The lead character, Scott is in a horrible snowboarding accident.  He then unknowingly releases a century-old spirit.  Her name is Parisa.  Sure, she can grant wishes so it may remind you of the old television show, I Dream Of Genie’ but this has so much more depth to it.  Scott is left with the responsibility of helping Parisa fit into today’s society which is no easy task.  To top that off, he starts to have romantic feelings for her.

This book is well written and full of both drama and humor.  Even though it is fairly short, the characters are well drawn out.  As I was reading it, I felt like I was there in a real place with real people.  I think it would make a great movie! This is book one in a series and I can hardly wait to read book two!  I recommend Parisa for fantasy and adventure readers.  I give it 5 stars!

“What are the X Games?” Parisa asked.

“The X Games are the pinnacle of extreme sports. Athletes from all over the world meet every year and test their skill against one another. I snowboard on the half-pipe.”

“Do you see these boards?” Scott asked, leading her to the wall opposite the front bay window. A pair of silver medals was mounted under the neon-green Burton snowboard splashed with blue paint. Beside the board was a matted picture of Scott rising out of the pipe. His board was pointing upward, and he was holding the tip of it with one hand. His matching green parka looked as if it was speckled with the falling snow. In the pictures, he wore dark goggles and a neon-green helmet. “That’s me,” Scott said, pointing to the picture. “I came in second that day.”

“I have only just seen snow for the first time,” Parisa told him, looking fondly at the photograph.

“The day I released you. I saw you near the ribbon cutting at the bottom of the slope.”

“I wasn’t strong enough yet to stay separated from my vessel for more than a few seconds, but it was long enough to see you and snow for the first time.”

“You had never seen snow before?”

“No, my Scott. I had always wanted to, but I was forbidden to leave the palace.”

“Well, honey, you are looking at the King of the Snow,” Scott said, puffing up his chest. “It’s a shame that we’re in San Diego. There’s no snow here, but when I go back to Lake Placid next week, you’ll see lots of snow—if you want to come with me, that is.”

“Of course I will come with you. You are my Scott.”

“I’ll teach you to snowboard. I would take you today, but”—Scott shrugged his shoulders— “no snow.”

“Would my Scott like it to snow?” Parisa asked, raising her arms above her head. Suddenly the lights in the house dimmed as a heavy cloud cover rolled in from the ocean, west of Coronado. There was a rumbling of thunder, and the windows shook. Scott could feel the barometric pressure sinking around him as he stood there in wonder.

Scott grabbed her arms and gently lowered them to her sides. “It can’t snow here, Parisa. This is San Diego.”

As soon as he said it, the world became a little lighter. The clouds just beginning to form over the city dissipated.

“Could you really have made it snow?” Scott asked.

Parisa smiled knowingly. “If my Scott had wished it,” she answered.

Scott laughed, but the display of power frightened him. It was one thing to float a box of roses. It was another to change the West Coast’s weather pattern. He was humbled by the scope of her magic. It was truly unsettling, but the Locke smile never faltered. He continued to chuckle and shake his head.

“I could take us someplace where there is snow,” Parisa suggested. “Would that be better?”

“What do you mean, ‘take us’?” Scott asked, uncertain that he was ready for the answer.

“Give me your hand, my Scott, think of where you would like to be—someplace snowy, someplace tropical, someplace on a beach—and we will go.”

Scott thought about it for just a second. He smiled and whispered, “I know just the spot.” He took Parisa by the hands. The world jumped sideways. He fell forward without ever leaving his feet. For a moment they were one, traveling not hand in hand but spirit in spirit, moving through the ether at the top of the world. He felt neither warmth nor coolness, and there was no pain. They were slipping through the coil of known science, pushing back against the realities of time and matter. He was free in a way that his greatest, highest jumps had never come close to reaching.

He barely remembered the lingering morphine-induced dreams of floating on his snowboard after surgery. Traveling through space and time now was just like those dreams. He was floating, and he was free—only this time, he was not alone. His essence was entwined with Parisa’s, and together they soared untethered like snowflakes in a blizzard.

“Parisa held my interest and was hard to put down. I enjoyed it and can’t wait for Conrad to write another story. I believe Parisa would make a good movie!”- Debbie Moore, Reviewer

“I read Conrad’s book in less than three days. Not only is it a good story, but anyone from West Virginia will love the way Conrad blended our home state into the story about a West Virginia native who becomes a world-class snowboarder. This gave us native mountaineers a great deal to be proud of not only with the West Virginia setting, but knowing our native son has developed into a great writer.
I look forward to reading more stories written by Conrad in the future. I loved the book.”-KC Bohrer, Reviewer

“What an excellent book! This book keeps you hanging until you get to the next page. An excellent read by an excellent author! I am looking forward to reading future books by this author! Excellent word choice provides vivid pictures throughout the story. Excellent storyline.”- Meredith L. Zirkleml, Reviewer 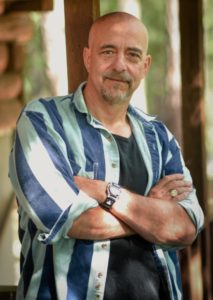 Conrad has worked with youth, guiding troubled teens for the past quarter of a century at a residential school outside of Winchester, Virginia.

Prior to the publication of Parisa, Conrad had dozens of shorter pieces of fiction published in magazines and anthologies.  In addition to writing, he is an award-winning and published artist with his paintings featured in national juried exhibitions.  Conrad is also an accomplished and published photographer.  He is an outdoor enthusiast and an avid supporter of all things West Virginia.  He and his wife, Kim, have been married for twenty-five years.  Together they have two children, Hilary and Shaun.

Where to Purchase the Book:

This giveaway is for one print copy or ebook copy of the book.  Print is available to the U.S. only but ebook is available worldwide.  This giveaway ends on April 30, 2018.  Entries are accepted via Rafflecopter only. 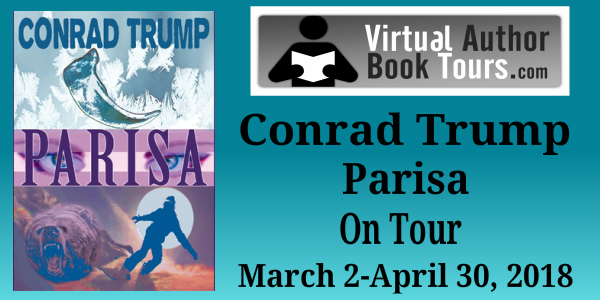 3 responses to “Parisa by Conrad Trump, a Virtual Book Tour”